Dwight is having some problems with Wayne County officials. You see, he wants to build a moat around Schrute Farms, but they won't let him. Jerks. Read all about it at Schrute-Space on NBC.com.
Posted by Rachel at 2:03 PM No comments:

"Ask Angela" has been updated and includes answers to one of my most burning questions: Who won the Baby Pool? For that answer, and a few more (you can even submit your own questions!), visit the Adventures with Angela space at NBC.com.
Posted by Rachel at 12:42 PM No comments:

You read that right. Jan has a new website promoting her "highly aromatic" homemade candles complete with customer testimonials. My favorite: "Jan's candles smell good enough to eat, but you can't eat them. They're made from wax." -Kevin M.

MySpace Fashion's current featured video is all about Angela. That's Kinsey, not Martin. On a mission to get her "sassy" back after the birth of her little girl, Angela visits with Hollywood stylist Rebecca Resnick to craft some new looks. To watch Angela dish on Jenna, get distracted by shiny things, channel Wonder Woman, bemoan nursing bras (I'm with ya, sister), click here.
Posted by Rachel at 12:08 PM No comments: 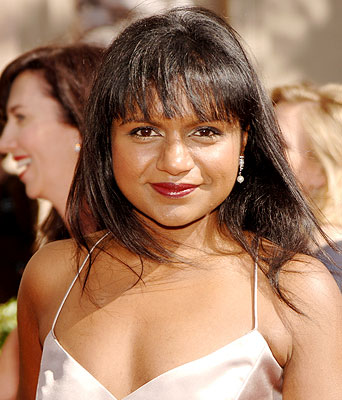 Mindy Kaling will perform a live comedy show in the Quad at the University of Illinois campus on September 27 at 8 p.m. She's the headliner of a monthly entertainment series called "Must See" events.

The show will be free for students. If you're a Fighting Illini, get your butt over there! More info is HERE.
Posted by Shannon at 3:20 PM No comments:

Voice From the Office Universe With... 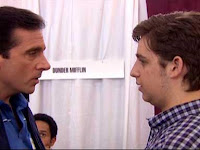 Being a week out from the SEASON FIVE premiere, we caught up with another Voice from within The Office Universe.

Trevor Einhorn has appeared in shows such as Joan of Arcadia, Sons and Daughters and played Frasier's son, Frederick, on Frasier. In the world of Dunder Mifflin, Trevor played "Justin" a kid just trying to get an internship at his high school's job fair. Michael didn't want him (at first) but we did so we could get his TwoCents on working on the show!

ScrantonBranchOffice: Tell TheTwoCents readers about yourself and how you started in "show biz".
Trevor Einhorn: I started acting when I was five. My older sister of three years wanted to act, and I got schlepped to all the auditions. It was at one commercial audition when my sister came out with a cookie, and I said "wow they give you food at these things?" That was it, I was sold. Who knew that my love for cookies at age five would turn into a career. 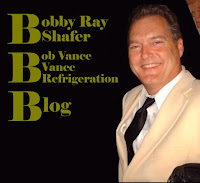 Bobby Ray Shafer (Bob Vance, Vance Refrigeration) has posted a new blog about the triumphant return of BV-VR in Season 5!

"So you might well imagine my relief recently when I took the old khakis off the hanger and after hours in makeup, a man named BOB walked to the set to film his part in Episode 05-005. Michael Scott and Dwight Schrute were up to their old tricks. Someone would need to put a stop to it."

Click HERE to read more.
Posted by ScrantonBranchOffice at 6:48 PM No comments:

Recently I visited Hollywood. I was able to find the sets for The Office and My Name is Earl and snap a few pictures. Then, while at Universal Studios, I got on to the set of Desperate Housewives. What a great trip!

Posted by ScrantonBranchOffice at 6:48 PM No comments:

The other night I took my son, Jake, to see the Sex and the City movie at the cheapie theatre in Tunkhannock. We both agreed, too much talking, not nearly enough sex. For Jake, there was not enough Charlotte (nudity). Personally, I don’t care for her up-tight, pretty little ass-face. I know what you’re thinking, I probably like Miranda the best. Gingers stick together, right? Well, she’s such a whiny little bitch, she drives me crazy and her hair isn’t even that red. It’s pretty obvious who I relate to. I’m a Carrie! I like my guys “Big” too if you catch my drift.

Continue Reading...
Posted by ScrantonBranchOffice at 6:48 PM No comments: 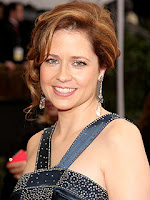 Jenna Fischer freely admits that while Angela is the "crazy cat lady" on "The Office", she's the real cat fanatic of the cast. Jenna hosted a fundraiser last Saturday for Kitten Rescue, a non- profit rescue organization in L.A., called "Furball at the Skirball".

Jenna has fostered nine cats, including Andy, whom she rescued 16 years ago. How cute is that? Behind that pretty face is a kind heart. You can read more about Jenna's love for all things feline HERE.
Posted by Shannon at 1:10 PM No comments:

Ricky Gervais to present at the Emmys

Ricky Gervais has been confirmed as a presenter at the 60th Primetime Emmys. He will be joined by stars such as: Alec Baldwin, Jon Stewart, Stephen Colbert, and Sally Field.

The Emmys will air Saturday, September 21.
Posted by Shannon at 1:10 PM No comments: