Are Rainn Wilson and Jenna Fischer moonlighting? Seems so.

The pair have their little fingers in a number of projects outside the Office. Rainn is workning on "Hump Tulips" with Zack Braff's brother Adam, and Jenna is Executive Producer on an as-yet-untitled hour-long private eye dramedy.

Jeeze, guys! Take a break why don't ya?

To read the Variety article, go here...
Posted by Rachel at 3:31 PM No comments:

Jenna has the Perfect Gift for You!

Jenna Fischer has compiled her "Favorite Things List 2008" to give you some suggestions! See it on her MySpace blog here...

As always, thanks to Katie for the info!
Posted by Rachel at 3:28 PM No comments:

The nominees for the Screen Actors Guild Awards are up, and The Office garnered two:

To read the entire television nomination list, visit our SAG Post over at TheTwoCents!
Posted by Rachel at 3:22 PM 2 comments:

Amy is on Top 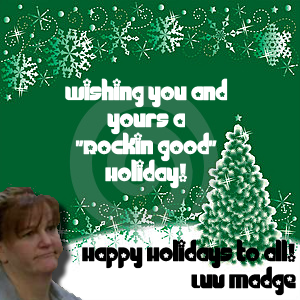 (Thanks to Karly Rothenberg for sending this in to the fans!)
Posted by ScrantonBranchOffice at 9:31 PM No comments:

Sex and the Electric City has been updated!
Well, Christmas is here again. Not my favorite holiday, but it has its good side: the church 'round the corner drops off food at my door, I like singin’ my dirty rendition of Santa Baby, and I get paid time off.

Read all of her thoughts on Christmas over here at NBC.com!
Posted by The alleged addict at 11:45 AM No comments:

It's official: Jessica Alba will join Jack Black as a guest star on the Super Bowl episode of The Office. For proof, go here...

In one plot of the special post Super Bowl episode of The Office,... (click HERE if you want to know).

20 names will be revealed each day this week... what other Office employees will make the cut? Last year's list included the likes of Jenna Fischer, Aniz Ansari, and one-time Office director Joss Whedon.

Cool Guy Paul has a MySpace page.... so go friend him right now!

And also, he has posted a new MySpace blog all about paying things forward and a very charity and a very special dog named Dunder. To read the entire story, go here...

Entertainment Weekly loves their gallery lists. The latest incarnation? A gallery list of the top 17 Jim pranks. Why 17? Who knows.

To see the entire gallery, go here...
Posted by Rachel at 3:09 PM No comments:

Aziz Ansari, who will star alongside Amy Poehler in The Office non-spinoff, has been named to Entertain Weekly's list of nine starts to watch in 2009.

Happy Holidays From Staple's Own Paris! (Thanks to Yvette-Nicole Brown for sending this in for the fans!)
Posted by ScrantonBranchOffice at 1:03 PM No comments:

We knew Pam was artsy, but Jenna Fischer has some things in common with her character! Jenna has dedicated her time and creative talents to helping out the SPCA-LA - the Society for the Prevention of Cruelty to Animals Los Angeles.

A few celebrities, including Jenna, have painted pet dishes and donated them for auction to support this great cause. Place a bid for the signed Jenna Fischer original here...

To read the rest of Jenna's MySpace blog about the whole thing, go here

And to read another article about the fundraiser itself, go here...

Thanks, Katie, for the info! 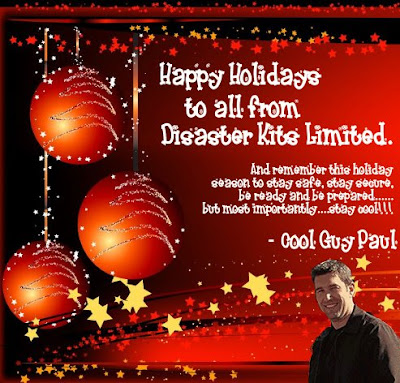 (Thanks to Paul Faust for sending this in for the fans!)
Posted by ScrantonBranchOffice at 10:33 PM No comments:

The American Film Institute has named the 10 Outstanding Television Programs of 2008, and The Office has made the list!

The AFI Awards selections were made by a 13-person jury composed of scholars, industry professionals, critics and AFI trustees.

Jack Black is going to be on The Office! He will guest star on the hour-long post-Superbowl episode on February 1st.

In one plot of the special post Super Bowl episode of "The Office,"... (click HERE if you want to know).

More details of his role on the show are hush-hush at this point, so we don't know what he'll be doing. Feel free to speculate in the comments!