Wow - America's favorite boyfriend is showing a bit of a jerky side huh?

Posted by ScrantonBranchOffice at 9:38 AM 3 comments:

MANY Guests Show Up For "Dinner Party"

The Office came back to TV, and so did the fans! Reuters has a story about Thursday night's ratings.

"NBC returned to an all-original lineup Thursday night, highlighted by the much-anticipated resumption of "The Office."

Most of the network's comedies were roughly on par with their pre-strike averages, but "The Office" delivered its highest rating since the show's fall season premiere (9.2 million, 4.8 rating/12 share)."

Read more HERE.
Posted by ScrantonBranchOffice at 8:31 AM No comments:

Posted by ScrantonBranchOffice at 9:36 AM 2 comments:

Our very good friend Donna, over at LifeInTheOffice.com, has recently posted a GREAT interview with Bobby Ray Shafer. The man behind Bob Vance - Vance Refrigeration!

Head on over HERE to check it out!
Posted by ScrantonBranchOffice at 9:34 AM No comments:

Hunter's "That One Night" 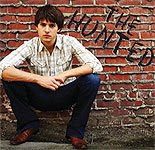 You can hear it HERE!

Right click and Save Target As to download it. It's a 45 second moment of the song thanks to DunderMifflinInfinity.com

Enjoy!
Posted by ScrantonBranchOffice at 9:30 AM 13 comments:

NBC.com has also posted a great photo album from the episode. Different angles, some behind the scenes stuff. Good times!
Posted by ScrantonBranchOffice at 9:20 AM No comments: 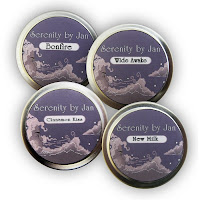 
Serenity by Jan Volume 1 (Wide Awake, Cinnamon Kiss, New Milk, and Bonfire)
Nothing says ''serenity'' quite like Wide Awake, and Bonfire... just two of the four scents that make up Jan's Serenity, Volume 1. Cinnamon Kiss and New Milk round out the set.

Go HERE to see the others available.
Posted by ScrantonBranchOffice at 9:12 AM No comments:

Posted by ScrantonBranchOffice at 9:10 AM No comments: 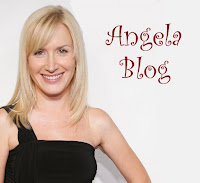 So, many of our favorites blogged about the show coming back. Here they are!

Kevin Malone (Brian Baumgartner)
"Do You Believe in Miracles? YESSSSSSS!"

Creed Bratton
New Creed Thoughts
Posted by ScrantonBranchOffice at 8:57 AM No comments:

Here are some video clips of John Krasinski's visit to Rachel Ray's show this past Thursday.

John Gets Pranked
Posted by ScrantonBranchOffice at 8:46 AM No comments:

The Office
The Dinner Party

The Office has finally returned. As you probably know from reading spoilers, cast interviews, and watching previews, tonight's episode takes place at Michael's condo. Michael invites Jim, Pam, Angela, and Andy over for dinner with himself and Jan. We learn ALOT about Michael's relationship with Jan living in his condo.

During a tour of the condo we see that Jan has an office and a workplace to make candles. In the bedroom there is a camcorder setup on a tripod. Jim and Pam notice a small bed like setup at the foot of the normal bed. Jan has space issues and that is exactly where Michael sleeps. Michael displayed his new 13 inch plasma TV in the living room. Michael attempted to craft a coffee table, but I’m pretty sure a 2 year old would have more success. His Dundies were also on display at the bottom of a shelf.

Head over HERE to join the discussion on this episode...
Posted by ScrantonBranchOffice at 8:28 AM No comments: 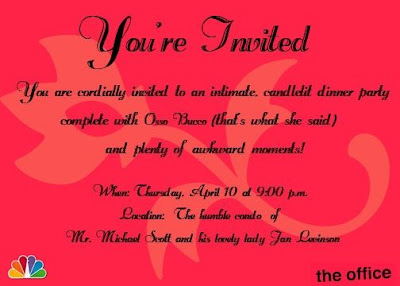 Posted by ScrantonBranchOffice at 11:53 PM No comments:

Here's another interview to prove it! Pinks & Blues has posted yet another question and answer session with Angela Kinsey:

"P&B: Does anyone have a poll going around “The Office” to guess the date your baby will arrive, and her weight/height stats?

Angela: Ha! Yes there is. The crew has started an “Angela’s Baby Pool.” They have a calendar and you can buy a square for $10. You pick the date and time. It’s pretty funny. I have started having doctors appointments every week now and you should see how the ladies in the crew circle me after for details. I’ll be in the hair and makeup trailer and they’ll say coyly, “So, Ange any news from your doctor?”

Read the whole thing HERE.
Posted by ScrantonBranchOffice at 9:52 AM No comments:


Posted by ScrantonBranchOffice at 11:44 PM No comments:

Oscar Nunez Heading to the Movies...

Variety is reporting that Oscar Nunez has signed up for some new movie projects.

"Oscar Nunez (“The Office”) has landed roles in U’s “Beethoven: The Reel Story” and Disney’s “The Proposal,” starring Ryan Reynolds and Sandra Bullock."

You can read it all HERE.
Posted by ScrantonBranchOffice at 7:17 AM 1 comment:

The John Krasinski press tour continues. According to Rachel Ray's website, she will be chatting with John Krasinski on Thursday. Check your local listings.

"Find out what everyone warned John Krasinski about when he started working with George Clooney on Leatherheads - and don't miss Rachael's backstage prank of her own on The Office star. Plus, Jake Glaser opens up about losing his famous mom, his sister, and living with HIV. What's for dinner? Rachael's grilled cheese with an Italian twist."

And if you missed John on The Today Show, you can watch it HERE.
Posted by ScrantonBranchOffice at 7:09 AM 1 comment:

The Universal Studios Hollywood “Eco-Fair” returns on Saturday, April 26 from 10 a.m. to 4 p.m. as The Entertainment Capital of L.A. celebrates Earth Day with over 30 engaging and educational displays, celebrity appearances, an offer of free parking for hybrid vehicles, and a hazardous waste disposal drive sponsored by the City and County of Los Angeles.

“The Office” star Melora Hardin and Lauren Koslow from “Days of our Lives” will autograph eco-friendly bags and help dispense energy efficient light bulbs at the Environmental Media Association’s booth. Designed to captivate the imagination of guests, the free Eco-Fair will also include interactive exhibits by Bell’s Bugs, La Knitterie Parisienne and the Hollywood Beautification Team.
Bell’s Bugs will offer a “hands-on” lesson on the vital impact reptiles and insects have on the environment. Some of the more animated critters will include an Australian Bearded Dragon Lizard named "Benny," Ironclad beetles that "play dead,” Darkling "stink” Beetles, a velvet ant that‘s actually a female wasp and a friendly Tarantula named “Rosey” who is eager to shake everyone’s hands.

More info over HERE...
Posted by ScrantonBranchOffice at 4:28 PM No comments:

Newsday has a hilarious list of possible spin-off ideas for all the characters on the show.

"Creed:" Agreed, it's a tough sell to advertisers. We do a whole show based on Creed! There's so much possibility here. Who really is Creed? What does he do in his off-hours? Does he really live in Toronto (so he can stay on the dole in the Canada?) What really happened to his missing toe? Did he really run cults? Has he been in jail? There are many possibilities here, though still working out love interest angle . (Meredith? Not sure. Just spit-balling here. Open to ideas) Plus have already talked with Creed Bratton's agent; think we can get him cheap. Endless cross-promotion/product placement possibilities.

See ALL the ideas HERE.
Posted by ScrantonBranchOffice at 4:25 PM No comments: 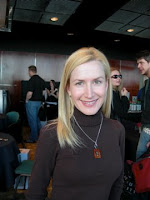 Monsters & Critics has a fun little interview with Angela Kinsey.

"Since you are currently pregnant, is your production schedule any different than before your pregnancy?

Angela: I have to take off time for doctor's appointments but other than that not really. Everyone in the cast and crew has been so supportive. I have a bunch of people getting me snacks all day long!"

You can see the whole thing HERE.
Posted by ScrantonBranchOffice at 4:17 PM No comments:

A short film directed by Samah Tokmachi and written by Jonathan Goorvich David Ostermann (Jordan Belfi, ENTOURAGE) is so deathly afraid of getting testicular cancer that he’s gone to Tijuana to solve the problem before it happens. Olé!

Steve on "Night of Too Many Stars"

COMEDY CENTRAL has announced that Kelsey Grammer, Ben Stiller, Grammy Award-winning band Maroon 5 and The Roots have been added to the line-up for its bi-annual live on-air special event, "Night Of Too Many Stars: An Overbooked Concert For Autism Education." On Sunday, April 13, at 8:00 p.m. ET, live from the Beacon Theatre in New York City , the benefit for Autism education programs will feature Jon Stewart hosting an evening filled with live performances, sketches and short films from a roster of comedy all-stars.

Beginning on Tuesday, April 15, "Night of Too Many Stars" will be available for download on iTunes and xBox Live Marketplace for 30 days. All proceeds from the $1.99 download will go directly to the charity. In addition, comedycentral.com will stream the entire broadcast online on Monday, April 14. Users will have the opportunity to donate to the charity via the Web site.
The October 2006 "Night Of Too Many Stars: An Overbooked Benefit For Autism Education" raised more than $2.5 million.

"Night Of Too Many Stars" will benefit a variety of Autism education programs around the country. The funds raised will support educational facilities that have recently opened or are about to open their doors, along with those already well-established model schools that are now developing innovative programs to provide vocational and life skills for adults with autism. Proceeds will also support outreach programs that provide training and consultation to families of very young children in their homes. Additionally, a portion of the proceeds will benefit Autism Speaks, the nation's leading autism advocacy group.
Posted by ScrantonBranchOffice at 10:57 AM No comments: