Thoughts on the Strike

TheTwoCents has reached out to friends we've made in TV Land to see how they are handling the current work stoppage from the WGA Writers' Strike.

In this first installment we hear from three of "The Office" folks. 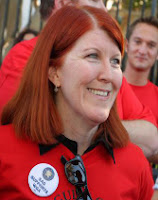 "I miss the feeling of making a difference. Our show has been a gift to so many people. And a gift to all of us who get to work on it.
The best thing for all of us would be to get back to work before the Christmas holidays. That would be the best present I could ask for.
We have all been knocked off balance by the strike.
I am still feeling off balance.
These are strange times."
-Kate Flannery 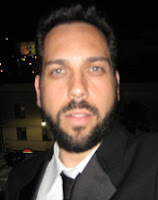 "I miss sitting in a room all day with some of the funniest people I've ever met -- and getting paid for it. Also, we have a ping pong table at the office. I miss that, too."
-Lee Eisenberg 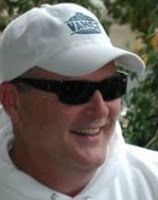 "This strike is already TOO-MANY days old and the greedy ones need to share. Since this is just the first battle in the war with the DGA and SAG contracts due up next, AMPPA has decided to make their stand here and it could get dirty. On a personal level, I'm missing being in the new Christmas Episode and continuing the BIG-MOMENTUM that we all left the convention with.

The "UTOPIAN" ending would be for the Producers to have to share revenues like professional sports teams do... because without THE PLAYERS they have NOTHING!

They tell an old joke around here about the Polish Starlet. It seems when she came to Hollywood, she slept with all the writers... Please remember that this is the same town that had blacklists and seemingly revels in breaking down literary GIANTS like Fitzgerald and Chandler and Faulkner and Hemingway and Mailer and THOUSANDS MORE... They are used to taking the words of great writers and getting to edit them just because they had the means to buy them.

As for my MORALE, I do not despair of things I cannot control, so I rely on my home puppet shows and a richly detailed fantasy life which mostly involves a young lady from P-A, and a spinoff series entitled: "BOB VANCE, VANCE REFRIGERATION" which in short order makes me rich enough to ride off into the sunset with the pretty blonde.

They need to get it done in a hurry. Why not today? For BOB'S sake!" 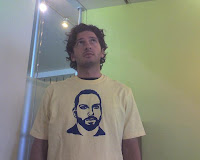 Our good friend Donna, over at LifeInTheOffice.com, scored a great interview with current out of work Office writer - Gene Stupinsky!

"Gene: The fact that a reality show is replacing us bothers me less than the face that so many Americans want to spend time with Donald Trump in their homes."

[Photo is from Gene's MySpace Page.]
Posted by ScrantonBranchOffice at 5:44 PM 1 comment: 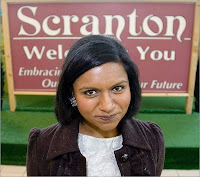 The Boston Globe alerted me to a fun story they have that follows Mindy Kaling around Scranton during October's Office Convention.

You can read the story HERE.

"The actress who plays Kelly, Cambridge native Mindy Kaling had never actually been to Scranton. She visited for the first time last month as part of a convention for fans of "The Office," where she signed autographs and traipsed around with fellow actors who play Phyllis, Bob Vance (of Vance Refrigeration), Oscar, Angela, Andy, Kevin, Stanley, and Creed."

They also have a fun slide show of the city, with some commentary from Mindy too.

You can view it HERE.
Posted by ScrantonBranchOffice at 11:08 AM No comments: